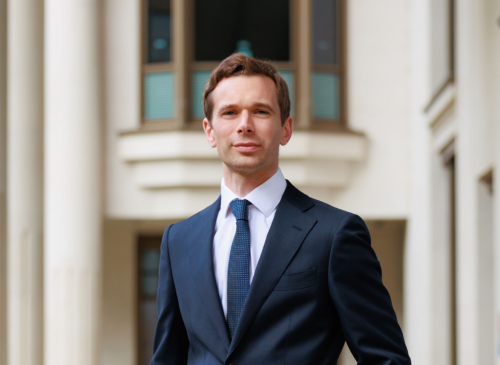 Every year, MJ Hudson surveys the terms of a large, diverse sample of recently-closed private equity (PE), venture capital (VC) and growth capital funds, where we have advised either the fund manager or a prospective investor.

In the past year we have seen fee levels holding up, with investor demand for good quality ‘alt asset’ managers continuing to outstrip supply.

The traditional annual fee of 2% of capital commitments is, once again, the most ‘popular’ fee level: nearly half of the funds in our 2019 survey charged 2%. Together, they represent 24% of total capital raised by the full cohort, three times the corresponding proportion in our 2018 survey.

Funds charging 1.5% or less represented less than a fifth of the 2019 cohort by number, but scooped 52% of total capital raised (compared to 80% in 2018). At the other end of the spectrum, 21% of funds set fees above the 2% mark, nearly double last year’s proportion and four times the proportion in our 2017 survey, making it the second most common fee rate.

Three-quarters of the funds in the ‘over 2%’ bracket were VC funds. Venture strategies may well be sufficiently alluring to investors in an era of unicorn startups to explain this tolerance for higher fees, but fund size is also a factor: VC funds tend to be smaller than buyout funds, and big funds can, because of sheer scale, get by with fees at or around the 1.5% mark.

None of the funds in the 2019 survey charged fees below 1%, whereas 17% of the funds in last year’s survey did. Most of that shift can be explained by the changing composition of the yearly cohorts – infrastructure, real estate and private debt funds (where sub-1% management fees are more common than in PE or VC) were included in our 2018 data set, but excluded from this year’s.

Arguably the most ‘above board’ way to do this is to codify the discount program in the LPA. That makes an investor’s qualification for a particular discount an objective matter. 18% of the funds in our 2019 survey offered conditional fee discounts in their LPAs. This is slightly down from last year’s survey, when almost a quarter of funds did so.

GPs can also negotiate lower fees for investors ad hoc, via side letters. Depending on how comprehensive the fund’s MFN obligation is, these individual discounts may remain undisclosed or, if disclosed, will usually not be eligible for extension to the investor base as a whole. The persistence of these practices means that a fund’s true fee level is likely to vary from investor to investor.

In funds with discounts disclosed in the LPA, the most popular discount trigger is the commitment size, which we saw in 64% of discounting funds. A further 27% offered an ‘early bird’ discount for investors who subscribed at the fund’s first closing, a stratagem that imparts momentum to the fundraise. 18% of discounting funds pegged discounts to the fund’s eventual total commitments, a relatively novel approach.

Fully 95% of the funds in our 2019 survey have a step-down after the investment period; it was 87% in the 2018 survey and 78% the year before that. The 5% of funds in the 2019 cohort that do not have a management fee step-down are all highly successful VC funds.

The rationale is that, as the fund transitions from making new investments to divesting them, it repays investors’ drawn down capital, reducing both the capital base and the portfolio management burden on the manager. Moreover, once the investment period ends, the manager invariably ceases to be subject to any constraints on closing a successor fund, further curbing the time it can devote to the affairs of the original fund.

The step-down may reduce the fee percentage (15% of the surveyed funds do this), or keep the percentage fixed but charge it on a different baseline (the method chosen by 61% of funds), or some combination of a percentage reduction and baseline change (24% of sampled funds). The baseline usually changes from total commitments (during the investment period) to the total acquisition cost of unrealised investments (known as “invested capital”) or, less commonly, to net asset value (although note that NAV would probably result in a higher baseline than invested capital).

After more than 10 years of low interest rates, there is some evidence that the traditional 8% hurdle is under pressure. In this year’s survey, 63% of capital was committed to funds with an 8% hurdle (but it was 75% in last year’s survey, 93% in the 2017 survey, and 66% in the 2016 survey). 13% of the 2019 cohort pitched a hurdle below 8%, about the same as the year before. More significantly, 23% (at least initially) dropped the hurdle altogether, nearly double the proportion in 2018, although for now it’s predominantly a Transatlantic thing: all but three of the funds without a hurdle were run by U.S. managers.

Historically, hurdles have not been nearly as ubiquitous among VC funds compared to buyout funds. Sure enough, 64% of the hurdle-free funds in the 2019 cohort were VC funds, and the majority of the remainder were growth capital funds. But the survey results should be read in light of shifts in the composition of the yearly sample of funds – there were more VC funds in the 2019 sample than in the 2018 sample, both in absolute terms and as a percentage of the cohort.

Almost 84% of funds have GP catch-up, with four-fifths of those setting the catch-up percentage at a GP-friendly 100% level. This is unambiguously now the market standard for catch-up terms.

Historically, European managers tend to use (LP-friendly) whole-fund carry, while U.S. managers favour (GP-friendly) deal-by-deal carry. While the competitive balance between the two forms of carry has yo-yoed in recent years, the funds in this year’s sample show a high degree of conformity to type: 88% of funds managed by European firms opted for whole-fund carry, while 68% of funds managed by U.S. firms got deal-by-deal carry.

The vast majority of funds in this year’s survey (as in previous years) have 20% carry. A tenth of the 2019 cohort pay ‘super carry’ (i.e., more than 20%), most of whom are long-established, ultra-successful VC or growth capital managers who are much in demand. Less than 2% of funds pay carry below 20%.

Managers continue to look at alternative ways to structure carried interest. For instance, in the 2019 cohort, 19% used ratchets (which adjust the carry percentage according to the overall level of aggregate investor returns), slightly up from last year’s sample.